Operation High Jump; Journey to Antarctica to Find the Dome

Immediately after WWII the U.S. Navy rushed launched the largest military operation ever down to Antarctica called Operation High Jump. Admiral Byrd, a 33 degree Freemason led the expedition of 30 ships and 4700 militarized soldiers. The mission had 3 task forces that were sent out in different directions and was to last 6-8 months but the fleet came back in just 6 weeks. Admiral Byrd reported UFO sightings, but that was a public relations ruse, they were really trying to find out about the electromagnetic field above the ice wall and the edge of the dome.
Just several years later the U.S. and the Russians began firing over 49 high altitude thermo nuclear rockets up into the dome with Operation Fishbowl and Dominic.

Rockets went haywire and many had to be aborted as they tried to blast through the dome. In this presentation we chronicle the history of Antarctic expeditions as well as demonstrations of how the dome functions as well as how tidal changes and Sun and Moon movement occur in Flat Earth model.

Then both the Russians and the U.S. signed off on a ban on any more tests of the dome as the space race and the fake moon missions were sold to the world. 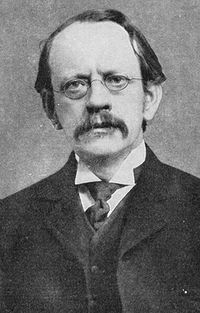 END_OF_DOCUMENT_TOKEN_TO_BE_REPLACED

This view was held well into the New Testament time frame, as also indicated by the writings of Josephus in the 1st Century:

CHAPTER 1. THE CONSTITUTION OF THE WORLD AND THE DISPOSITION OF THE ELEMENTS

1. In the beginning God created the heaven and the earth. But when the earth did not come into sight, but was covered with thick darkness, and a wind moved upon its surface, God commanded that there should be light: and when that was made, he considered the whole mass, and separated the light and the darkness; and the name he gave to one was Night, and the other he called Day: and he named the beginning of light, and the time of rest, The Evening and The Morning, and this was indeed the first day. But Moses said it was one day; the cause of which I am able to give even now; but because I have promised to give such reasons for all things in a treatise by itself, I shall put off its exposition till that time. After this, on the second day, he placed the heaven over the whole world, and separated it from the other parts, and he determined it should stand by itself. He also placed a crystalline [firmament] round it, and put it together in a manner agreeable to the earth, and fitted it for giving moisture and rain, and for affording the advantage of dews. On the third day he appointed the dry land to appear, with the sea itself round about it; and on the very same day he made the plants and the seeds to spring out of the earth. On the fourth day he adorned the heaven with the sun, the moon, and the other stars, and appointed them their motions and courses, that the vicissitudes of the seasons might be clearly signified.

The “Early Church Fathers” also wrote quite a bit about this “crystalline firmament” but that’s a topic for a whole other essay. OK. This is what really got me though. Check out how the author of 1 Enoch describes the Flood, as given through the vision/dream of Enoch prior to the Judgment occurring…

The Deluge and the Deliverance of Noah

2 And again I raised mine eyes towards heaven and saw a lofty roof, with seven water torrents thereon, and those torrents flowed with much water into an enclosure.

3 And I saw again, and behold fountains were opened on the surface of that great enclosure, and that water began to swell and rise upon the surface, and I saw that enclosure till all its surface was covered with water.

5 And all the cattle of that enclosure were gathered together until I saw how they sank and were swallowed up and perished in that water.

6 But that vessel floated on the water, while all the oxen and elephants and camels and asses sank to the bottom with all the animals, so that I could no longer see them, and they were not able to escape,(but) perished and sank into the depths.

7 And again I saw in the vision till those water torrents were removed from that high roof, and the chasms of the earth were leveled up and other abysses were opened.

8 Then the water began to run down into these, till the earth became visible; but that vessel settled on the earth, and the darkness retired and light appeared.

I’m in the process of trying to take the descriptions given in the canonized texts along with what we can read in books like Enoch and other writings contemporary with the Biblical texts – which clearly illustrate the worldview of the Biblical authors – and creating a 3D model, taking these descriptions as literally as I can. This is still very much a work in progress, the following is what I’ve come up with so far:

Why Is Antarctica Under Military Occupation?

(~Ed. I’m working on a big YT piece that ties together Operation High Jump,  a militarized OP in 1946 with over 30 ships and 1700 militarized personnel that went to Antarctic to scale the Ice Walls.

This mission was created on the fly, even the ships Admirals complained they did not know their mission. This was right after WWII and they even had to recommission ships in post haste for the effort with rookie sailors and pilots who had never flown in Antarctic conditions.

What was the rush?

Three task forces went down for a 6-8  month mission with Russia, Britain and Norway, yet returned in just 6 weeks.

The next year, Secretary of Navy, James Foresstal is “suicided” and the following year, Admiral Byrd, who, led all Antarctic missions, and a 33 degree Freemason, is knocked off.

Then, in 1962, both Russia and and the U.S. set off over 40 Thermonulcear devices at the dome trying to blast through it. Then in 1963 Test Ban of high nuclear devices, Kennedy announces moon shot and then is assassinated.

Were they trying to find the Dome?

What they found was mass electromagnetic energy at 600 miles up, exactly where the Dome is supposed to be and, in the same year, the Van Allen Belts are “discovered” located at …..600 miles up…this is the exact same field that Nikola Tesla was referring to in his work.)

Admiral Byrd was an active Freemason. He became a member of Federal Lodge No. 1, Washington, D.C. on March 19, 1921 and affiliated with Kane Lodge No. 454, New York City, September 18, 1928. He was a member of National Sojourners Chapter No. 3 at Washington. He and his pilot, Bernt Balchen dropped Masonic flags on the two poles —Balchen also added his Shrine fez. In the Antarctic expedition of 1933—1935, sixty of the eighty-two members were Freemasons and on February 5, 1935 established First Antarctic Lodge No. 777 of New Zealand constitution.
en.m.wikipedia.org/wiki/Richard_E._Byrd;
www.knightstemplar.org/articles/1107/byrd2.pdf

In any case, Operation Highjump, began… The task force of over 40 ships, included the flagship “Mount Olympus”, the aircraft carrier “Philippine Sea”, the seaplane tender “Pine Sea”, the submarine “Senate”, the destroyer “Bronson”, the ice breaker “Northwind”, and other tanker and supply ships. An armed contingent of 1400 sailors, and three dog sled teams were also on board.

The expedition was filmed by the Navy and brought to Hollywood to be made into a commercial film called “The Secret Land”. It was narrated by Hollywood actor Robert Montgomery, father of “Bewitched” star, Elizabeth Montgomery, who was, himself, an officer in the Naval Reserve.

It seems incredible that so shortly after a war that had decimated most of Europe and crippled global economies, an expedition to Antarctica was undertaken with so much haste (it took advantage of the first available Antarctic summer after the war), at such cost, and with so much military hardware – unless the operation was absolutely essential to the security of the United States.

Why Is Antarctica Under Military Occupation?

NASA is a Government Military Operation

Speaking of The State of The World:
What is hidden in Antarctica?
Why would you be arrested for exploring the Antarctic Circle?
Why did so many nations sign the Antarctica Treaty and restrict your travel south?

“Has modern science discovered the firmament?
Is the Van Allen Belt part of it?
Why has NASA (on more than one occasion) wanted to blow it up and/or punch holes in something they readily admit is here for our protection?
How come Orion [NASA spacecraft] can’t get through the Van Allen Belt, yet we were told Apollo had no problem doing so 40+ years ago?” -Rob Skiba

[Year 2013] “physicists thought they found the origin of Earth’s Van Allen radiation belts — and now a prominent group of them want those belts dead! It’s understandable, given the frustration these areas of space can cause to modern astrophysicists; if you want to launch a satellite or telescope, let alone a human being, the Van Allen belts will be a painful thorn in your side. So, says a growing group of astrophysicists, why not wipe them out altogether? It might seem odd to hear scientists propose destroying a feature of the natural world, but there is a decent scientific argument to be made that these belts provide us nothing useful, and that we could lose them without a single negative effect.” –geek.com

The Snow Cat taken to the Antarctic in 1939, deployed and never reported about again. Note, how the plan was to lift the Snow Cat on the Ice Shelf Wall, drive inland, then launch a plane to go further inland…to see what? to find out what??? Where the Dome is/was?  Hmm?