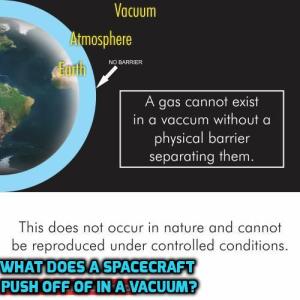 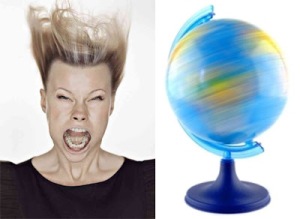 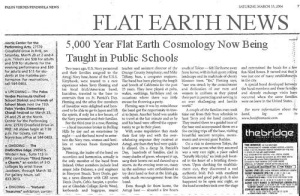 END_OF_DOCUMENT_TOKEN_TO_BE_REPLACED

Did They Really Walk on the Moon 48 Years Ago on the Very First Attempt?

Ever wonder why they claimed to have walked on the moon, on the very first attempt (even though, right here on earth, Mt. Everest and the South Pole took numerous tries before success), allegedly accomplishing this amazing feat with antiquated 1960’s technology (while today a cell phone has one million times the computing power than ALL of NASA did back then), yet FIFTY years later, the farthest an astronaut can travel from the Earth to the moon is only 1 / 1000th  the distance? Read More

Is World Sea Rising a Myth?

END_OF_DOCUMENT_TOKEN_TO_BE_REPLACED

Enjoy, this is a really well done interview.

Flat Earth: Tides & The Electromagnetic Energy of the Sun & Moon

The aeronautical correspondent of The Times, London, calls attention to the fact that the British Overseas Airways Corporation has issued a new type of world map, designed to “re-teach” geography in a form more suited to the coming “Air Age”.

It points out that because the earth is a sphere and maps of the world are flat, every type of map gives a distorted picture. On a Mercator projection, now commonly used for world maps, the distortion increases according to the distance from the equator. For instance, Greenland is shown as being about the same size as South America, whereas its area is only about one tenth of that continent. Distances between widely separated places also become exaggerated, particularly in high altitudes.

At present, maps drawn on the Mercator projection are used for both sea and air navigation, but whereas ships must follow tracks which may involve long detours to avoid land masses, the aeroplane can follow the shortest route –a straight line over the Earth’s surface. Now that airliners are being designed to fly non-stop over long distances, a new type of map is needed which will enable the intending passenger to read accurately the distances he has to cover.

To indicate the distance from London of places all over the world which will be served by British air services, the British Overseas Air Corporation has prepared what is known as an azimuthal equidistant map centered in London. Straight lines drawn from London to any other point on the earth’s surface will show accurately the distances separating them, though no necessarily the route which will be followed.

On the azimuthal equidistant map a straight line indicates a Great Circle course, but such a direct route is not likely followed by air services in the years immediately after the war unless it happens to serve big centers of population or important business areas. Such routes, in general, will not be used for air services until there have been further development in the speed, range and economies of long distance flying.

The British Overseas Airways Corporation object in producing an “Air Age” map now is to encourage the teaching of this new conception of geography in schools, so that boys and girls will grow up air minded.

This map is of high quality I got on Ebay and shows the actual miles distance of world’s major countries and cities from point to point.

The Mercator Projection Map is the most common map used in schools, textbooks and relied upon by millions of people every single day.  The true scale of land masses relative in size and shape to one another are all wrong and gives us a very distorted representation of the world.  The traditional “Mercator Projection Map” has a cultural and ethnic bias because of the relative and distorted sizes of the land masses creating a Eurocentric bias favoring Western civilization and greatly minimizing the size of South America and Africa. The Mercator Map represents Greenland and Africa as being roughly the same size however in reality, Africa is 4 times as large as Greenland.  Africa is in fact 30.221 x 1000 sq. Km.

The American Cartographer Association (ACA) calls for an accurate flat, round Earth Map. The ACA, now Cartography and Geographic Information Society, has produced a series of booklets (including Which Map Is Best) designed to educate the public about map projections and distortion in maps. In 1989 and 1990, after some internal debate, seven North American geographic organizations adopted the following resolution, which rejected all rectangular world maps, a category that includes both the Mercator and the Gall–Peters projections:

WHEREAS, the earth is round with a coordinate system composed entirely of circles, and WHEREAS, flat world maps are more useful than globe maps, but flattening the globe surface necessarily greatly changes the appearance of Earth’s features and coordinate systems,  WHEREAS, world maps have a powerful and lasting effect on people’s impressions of the shapes and sizes of lands and seas, their arrangement, and the nature of the coordinate system,  WHEREAS, frequently seeing a greatly distorted map tends to make it “look right.”

THEREFORE, we strongly urge book and map publishers, the media and government agencies to cease using rectangular world maps for general purposes or artistic displays. Such maps promote serious, erroneous conceptions by severely distorting large sections of the world, by showing the round Earth as having straight edges and sharp corners, by representing most distances and direct routes incorrectly, and by portraying the circular coordinate system as a squared grid. The most widely displayed rectangular world map is the Mercator (in fact a navigational diagram devised for nautical charts), but other rectangular world maps proposed as replacements for the Mercator also display a greatly distorted image of the spherical Earth.

What If? Why the Flat Earth Story is So Vital to All