The Flat Out Truth; Earth Not a Globe

Video #2 just released. Enjoy. Feeback, critique welcome, as long as it is respectful.

300 BC; Greek Philosophers Plato and Aristotle models Geocentric Theory with Earth as a Sphere. Aristotle publishes in his book “On the Heavens”.

200 BC; Greek Aristarchus of Samos placed Earth and other planets in motion around the central Sun but rejected by Aristotleans.

1270; Roman Catholic church adopts priest Thomas Aquinas theory of a “God-ordained and man-centered” universe which declared the glory of God.

1543; Nicholas Copernicus publishes “On the Revolution of Heavenly Spheres” in his last year of his life which postulates a heliocentric, Sun centered, solar system where Earth and planets are revolving around the Sun. “For who would place this lamp of a very beautiful temple in another or better place than this, wherefrom it can illuminate everything at the same time?”

1580; Tycho Brahe, A Danish Astronomer, claimed the most accurate measurement of planet and stars yet still was uncertain of a heliocentric or geocentric model. Was first to suggest a non-circular orbit of planets.

1609; Galileo Galilei grinds his own glass and makes telescope. Observes Venus moons going around Venus “proving” the Heliocentrism. Publishes his work in Italian so all laymen can read instead of scholar Roman Latin. Recants at Roman Inquisition and banished to _____.

1687; Sir Isaac Newton, English Astronomer and President of the Royal Society of England, stated “Law of Universal Gravitation” which mathematically showed the force that kept the Earth and planets going around the Sun as well as what kept the oceans in and air from flying away. Wrote the book “Principia Mathematica.

in 1915, Albert Einstein (1879 – 1955) published the general theory of relativity, in which gravity is not a force but it is a consequence of the curvature of space-time.

END_OF_DOCUMENT_TOKEN_TO_BE_REPLACED

#21 Is The Earth a Sphere? Why So Many Failed Heliocentric Experiments?

There was a group of early “scientists” that decided that their heliocentric pronouncements would be proved and accepted. They conducted various experiments to prove that the earth moves around the sun. Unsurprisingly, these experiments FAILED–and they knew it–but they covered this information up. In their corrupt minds, heliocentrism had to disprove the Bible, no matter what the cost–so instead of being scientific and accepting that the earth does not move, they decided to hold the truth in unrighteousness. They suppressed the truth like any liar would. False science could not and can not prove the motion of the earth because it does not move. It is not a planet (“wanderer”). Those early false scientists are the authors of the textbooks that today’s “scientists” and authors consult. The students who have learned from them are worse off than they are (Matthew 23:15) because these students actually believe the earth moves whereas the original false scientists knew that they were wrong.

[The following is excerpted from The Basic Scientific Arguments for Geocentricity by Malcolm Bowden.]

SCIENTIFIC EXPERIMENTS. Most scientists know about the Michelson-Morely experiment – that failed to detect any movement of the earth round the sun. This had to be overcome so the Fitzgerald-Lorentz shortening of the apparatus was proposed, and eventually the paradoxical Relativity Theory was invented by Einstein to overcome this problem. However, there are three other experiments that have been deliberately ignored by universities because they support geocentricity –

(b) “Airey’s failure” (Reference – Proc. Roy. Soc. London v 20 p 35). Telescopes have to be very slightly tilted to get the starlight going down the axis of the tube because of the earth’s “speed around the sun”. Airey filled a telescope with water that greatly slowed down the speed of the light inside the telescope and found that he did not have to change the angle of the telescope. This showed that the starlight was already coming in at the correct angle so that no change was needed. This demonstrated that it was the stars moving relative to a stationary earth and not the fast orbiting earth moving relative to the comparatively stationary stars. If it was the telescope moving he would have had to change the angle. [emphasis BiblicalScholarship.net]

(c) The Sagnac experiment (Reference – Comptes Rendus 1913 v157 p 708-710 and 1410-3) Sagnac rotated a table complete with light and mirrors with the light being passed in opposite directions around the table between the mirrors. He detected the movement of the table by the movement of the interference fringes on the target where they were recombined. This proved that there IS an aether that the light has to pass through and this completely destroys Einstein’s theory of Relativity that says there is no aether. It is for this reason that this experiment is completely ignored by scientists. More recently Kantor has found the same result with similar apparatus.

All these experiments are never taught at universities, so consequently, scientists, including most Christian creationists, are ignorant of this evidence for geocentricity.

END_OF_DOCUMENT_TOKEN_TO_BE_REPLACED

#15 If the Earth is a Curved Sphere, Why Are All Horizons Flat?

According to basic math on a curved round ball the fall off of the curve is measured miles x miles x 8 inches. This we have the following table of feet and miles raised or lowered when traveling on an curved, spheroid science calls our globe. 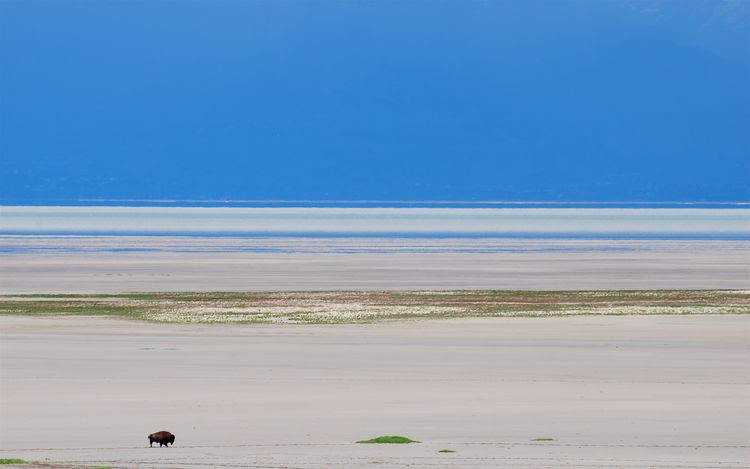 Not much curve o’ sphere to see here.

Nor seen out of the ISS Space Station. (NASA Image)

END_OF_DOCUMENT_TOKEN_TO_BE_REPLACED

#1 Does the Earth Rotate?

1) Modern Science and Astronomy tells us: Wow, that’s a lot of motion and spin going on.

Yet we never, ever feel any motion.

Scientific explanation;  that the mass of the Earth is too big to feel any of this motion.

2) When we travel in an airplane we can go East to West or North to South or West to East or South to North and except for jet streams, weather and trade winds, we arrive at our destinations at relatively the same time.

How is this possible on an Earth that is rotating from the West to the East at 1,000 mph?

If I am traveling from SFO to Hawaii on a commercial jet traveling at 500 mph, I should travel the 3,000 miles to Hawaii in just 1 1/2 hours instead of the 5 1/4 hours it takes since the Earth is spinning towards the plane some 1,000 miles every hour.

If I am traveling West to East from SFO to NYC, in the direction the Earth is spinning at 1,000 mph, and my plane is only traveling at only 500 mph, I should never be able to make it to NYC. Instead it takes  a little over 5 hours, same as SFO to Hawaii.

If I am traveling from Buenos Aries, Argentina along nearly the same longitudinal plane as NYC, from South to North, and the flight takes 8 hours, the plane would have to aim towards Near Asia to meet the Earth spinning West to East at 1,000 mph. But it doesn’t.

When Felix Baumgartner made history in 2012 and jumped from 24 miles up reaching speeds of over 800 mph and free fell for over 4 minutes.

Yet he never had to adjust for an Earth that would of moved some 66.66 miles from where he actually landed while in free fall.

Scientific explanation: We are all inside a atmospheric “cocoon” , held in by Newton’s Laws of Gravity and Einstein’s Theory of Relativity, much like people inside a plane all travel at the same speed, even though outside the plane is moving at 500 mph.

So this would mean that at some point in our atmosphere we are in a bubble, or embryo where all those inside the “bubbble” move at the same speed whether it be a plane, person or planet.

Yet when dropping a kite rises in wind. A feather floats gently to the ground. A book falls with force generated and brick falls faster than all.

And there is no place science describes where this Earth bubble ends in our atmosphere and the 1,000 mph per minute plus 1,000 miles per second plus 500,000 mph are ever felt.

Now note how the same altitude there are two completely different Earth horizons, taken from the exact same location and distance and time.

One curved, provided by the Smithstonian Institute

One Flat Earth……taken by same camera with no Photoshopping???

FLAT Earth! Taken from International Space Station. Or was it a guy in a studio with a picture window?

Thought for the Month: