Freemasons have been involved since the beginnings of NASA.  If there was a group who could pull of a great hoax to fool nearly the entire planet, it would be possible through the Freemasons.

By declaring that Scottish Right Freemasons planted a flag on the moon the Freemasons gained many members in their secret society, whether they actually went or not.

An inordinate number of NASA astronauts, the current propagators of the globalist heliocentric doctrine, are/were admitted Freemasons as well. John Glenn, two-time US senator and one of NASA’s first astronauts is a known Mason.

Buzz Aldrin Jr., the second man to lie about walking on the moon is an admitted, ring-wearing, hand-sign flashing 33rd degree Mason from Montclair Lodge No. 144 in New Jersey.

Edgar Mitchell, another supposed moon-walker aboard Apollo 14 is an Order of Demolay Mason at Artesta Lodge No. 29 in New Mexico. James Irwin of Apollo 15, the last man to lie about walking on the moon, was a Tejon Lodge No. 104 member in Colorado Springs.

Donn Eisele on Apollo 7 was a member of the Luther B. Turner Lodge No. 732 in Ohio. Gordon Cooper aboard Mercury 9 and Gemini 5 was a Master Mason in Carbondale Lodge No. 82 in Colorado.

Virgil Grissom on Apollo 1 and 15, Mercury 5 and Gemini 3 was a Master Mason from Mitchell Lodge No. 228 in Indiana.

Paul Weitz on Skylab 2 and Challenger is from Lawrence Lodge No. 708 in Pennsylvania.

NASA astronauts Neil Armstrong, Allen Sheppard, William Pogue, Vance Brand, and Anthony England all had fathers who were Freemasons too!

The amount of astronauts known to be Freemasons or from Freemasonic families is astonishing. It is likely that more astronauts and people of key importance in NASA are affiliated with the brotherhood as well, but not so open about their membership. For there to be this many Masons, members of the world’s largest and oldest secret society, involved with the promotion and propagation of this globalist heliocentric doctrine from its outset to today should raise some serious suspicion!

“C. Fred Kleinknecht, head of NASA at the time of the Apollo Space Program, is now the Sovereign Grand Commander of the Council of the 33rd Degree of the Ancient and Accepted Scottish Rite of Freemasonry of the Southern Jurisdiction. It was his reward for pulling it off!

All of the first astronauts were Freemasons. There is a photograph in the House of the Temple in Washington DC of Neil Armstrong supposedly on the moon’s surface in his spacesuit holding his Masonic Apron in front of his groin.” -William Cooper

All NASA mission patches are full of occult/Masonic symbolism and perhaps none more so than the Apollo missions. The names of the missions and crafts are almost always names of ancient gods or astrological signs; they always use Roman numerals, and complex Sacred Geometry, the secrets of which are held by the Masons. Why was it “the Eagle” that landed on the Moon?

Eagles have long been used to symbolize the crown chakra. Many mission patches feature the caduceus, serpents, eagles, and other spiritual symbology. The STS-58 patch shows a snake coiling up a pole with a V under it on one side and a caduceus on the other.

Apollo 11, Freemasons and the Moon

A Strange Ritual and Secret Ceremony

But, then, a strange ritual of an entirely different sort, of a dark and ominous character, took place at Tranquillity Base on the moon. It was not beamed to the earth via television, for this ritual was carefully crafted beforehand as a secret ceremony, to be hidden and seen only by the eyes of the adepts of the Illuminati and its Masonic fraternity.

Astronaut Neil Armstrong carefully took out his Masonic apron and held it up for the cameras over his space suit as if to cover his genitals area-the power center, or dynamo, of Luciferian energy in Masonic ritual. Today, a photograph of Armstrong holding his occultic apron hangs on a wall at the House of the Temple, the sanctuary of the Scottish Rite, in Washington, D.C.

Next, brother Edwin “Buzz” Aldrin, at the time a 32° Masonic initiate, planted on the moon’s surface the real flag intended for honor, the flag the Apollo 11 had carried in its storage compartment, the flag with the Scottish Rite’s emblem of deep and mysterious spirituality, the doubleheaded eagle.

The Apollo program was rife with Masons; they were proud of being involved, and weren’t shy about advertising the fact.

In the November 1969 edition of The New Age Magazine, there is an extensive article by Kenneth S. Kleinknecht, 33°, the Manager of the Apollo Program Command and Service Modules; Deputy Manager, Gemini Program; Manager, Project Mercury.

Note how many of the astronauts themselves are Brother Masons: Edwin E. Aldrin, Jr.; L. Gordon Cooper, Jr.; Donn F. Eisle; Walter M. Schirra; Thomas P. Stafford; Edgar D. Mitchell, and Paul J. Weitz. Before his tragic death in a flash fire at Cape Kennedy on January 27, 1967, Virgil I. “Gus” Grissom was a Mason, too. Astronaut Gordon Cooper, during his epochal Gemini V spaceflight in August of 1965, carried with him an official Thirty-third Degree Jewel and a Scottish Rite flag. Via the lunar plaque, the Masonic ensignia and flag, and the Masonic astronauts themselves – Masonry already is in the space age. Can we doubt Freemasonry and its spiritual relevance to the modern era when even its material representatives have today made historic inroads into the infinite expanses of outer space?

Back then, Freemasonry wasn’t shy about admitting that the “Craft” is essentially a spiritual endeavor, either. In fact, right before Kleinknecht writes some bios on the Masonic astronauts (as well as Mason James Edwin Webb, the NASA administrator from 1961-68), he includes these words: “The mission of the Craft has always been one of salvation, but until now its field of endeavor was the individual and the bringing of him to the light. Masonry cannot think in these terms now. All men everywhere must hear our message or all men everywhere will perish” (ibid., pp. 15-16; my emphasis).

In the wake of Aldrin’s Masonic space mission, the Grand Lodge of Texas formed Tranquility Lodge No. 2000, named after Tranquility Base, the location of Apollo 11’s landing. According to the lodge website,

On July 20, 1969, two American Astronauts landed on the moon of the planet Earth, in an area known as Mare Tranquilitatis , or “Sea of Tranquility”. One of those brave men was Brother Edwin Eugene (Buzz) Aldrin, Jr., a member of Clear Lake Lodge No. 1417, AF&AM, Seabrook, Texas. Brother Aldrin carried with him SPECIAL DEPUTATION of then Grand Master J. Guy Smith, constituting and appointing Brother Aldrin as Special Deputy of the Grand Master, granting unto him full power in the premises to represent the Grand Master as such and authorize him to claim Masonic Territorial Jurisdiction for The Most Worshipful Grand Lodge of Texas, Ancient Free and Accepted Masons, on The Moon, and directed that he make due return of his acts. Brother Aldrin certified that the SPECIAL DEPUTATION was carried by him to the Moon on July 20, 1969.

Tranquility Lodge 2000 was Chartered by The Grand Lodge of Texas for the purpose of promoting, encouraging, conducting and fostering the principles of Freemasonry, and to assist in promoting the health, welfare, education and patriotism of children worldwide.

The earliest beginnings of the U.S. space program involved the secretive OSS/CIA project, Operation Paperclip, in which Nazi rocket scientists like Werner Von Braun were brought from war-torn Germany to America and given responsibility for development of space vehicles. The Freemasons were then put in charge of the newly created space agency, and magic and witchcraft were integrated and wedded with the newest advances in technology.

Virtually everything that NASA does is permeated with magic and alchemy. Moreover, the real purpose of NASA is contained in another matrix, hidden from the public at large. This process involves the creation of Satanic ritual magic enabling the Illuminati elite to acquire and accumulate power even as the mind-controlled and manipulated masses are pushed into ever increasing states of altered consciousness.

As occultist Antero Alli comments in his book, All Rites Reversed, “The most mysterious and fascinating areas of ritual work involve those triggering mechanisms producing altered states of consciousness.” 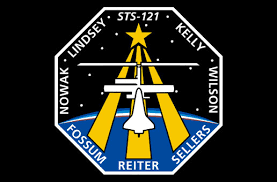 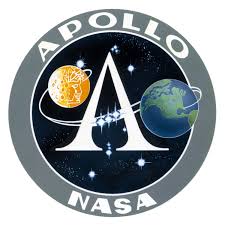 54 thoughts on “Freemasons in Space”