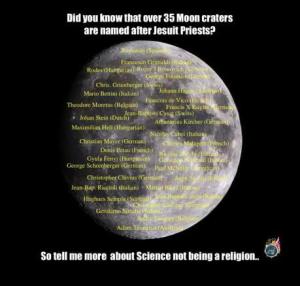 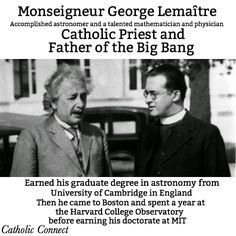 The Tuesday-Friday conference honoring Monsignor George Lemaitre is being held at the Vatican Observatory, founded by Pope Leo XIII in 1891 to help correct the notion that the Roman Catholic Church was hostile to science. The perception has persisted in some circles since Galileo’s heresy trial 400 years ago, even though the observatory and Catholic universities around the globe have produced top-notch science over the centuries.

In 1927, Lemaitre was the first to explain that the receding of distant galaxies was the result of the expansion of the universe, a result he obtained by solving equations of Einstein’s theory of general relativity.

Lemaitre’s theory was known as the “primeval atom,” but it is more commonly known today as the big-bang theory.

“He understood that looking backward in time, the universe should have been originally in a state of high energy density, compressed to a point like an original atom from which everything started,” according to a press release from the Observatory.