Is the Vatican Jesuits Going to Come Out and Claim They Were Right About Geocentrism? 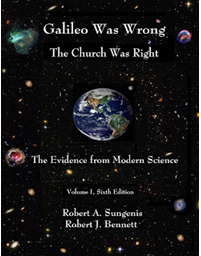 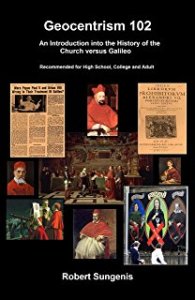 Is the Vatican Jesuits going to come out and claim they were right about Geocentrism and blow up the Heliocentric paradigm as a great lie of modern history and the church claim it was right all along?

I recently have read several books by PHD Theologian author, Robert A. Sungenis. 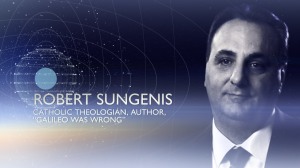 (George Washington U is a Jesuit school)

Robert Sungenis was brought up in a Roman Catholic household and converted to become a Protestant as a young man. He obtained his B.A. in religion from George Washington University in 1979, an M.A. in theology from Westminster Theological Seminary, a Presbyterian and Reformed Christian seminary located in Glenside, Pennsylvania, in 1982.

He converted back to Roman Catholicism in 1992.In 2006 he earned a Ph.D. in religious studies from the Calamus International University, an unaccredited distance-learning institution incorporated in the Republic of Vanuatu.

Since 2013, he has published biblical scholarly work decrying the falsehoods of heliocentric theory and promoting Geocentrism. The below Geocentrism books came out at the exact same time as ED Duby’s book “Flat Earth Conspiracy”.

What are the odds that the book by the Jesuits, Dr. “SUN_GENUIS” would come out and validate geocentrism and Dubay would release these books at near the exact same dates? 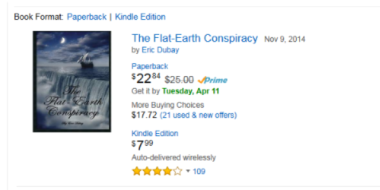 What I have found highly strange and disturbing is that none of the excellent bible researchers on Flat Earth like Robbie Davidson at Celebrate Truth or even Rob Skiba at testingtheglobe.com, have ever mentioned this important scholarly work by Dr. Sungeneis, an obvious front for the Vatican/Jesutis. Why?

Another note about Dr. SUN-Genis is that his back cover promotes quotes on the fraud Einstein, Newton, and Stephen Hawking, yet does not mention at all real FE truthers like Rowbotham, Hickson, Shelton, etc.? In fact, the last chapter has over 45 quotes from the same while never citing any FE Hall of Famers…very shillspicious to say the least.

The only one I can find is ex-military ranger Jeranism interview.

Was the past few weeks FE barrage on talk shows and the NBA, to get people introduced to the FE meme as part of the psyops?

Is the FEIC conference in Nov. 2017 in North Carolina, put on by mostly Christians, part of the psyop?

Who knows, but if you hear the Roman Catholic Pope Francis, the first Jesuit in 600 yrs. at the Popery, speak on Flat Earth, you can say you heard it hear first. 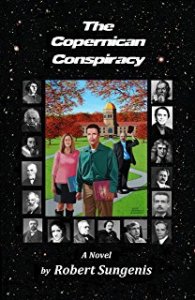 From the Book Promo:

“Come on a life-changing journey with college sophomores, Joshua Gemelli and his sweetheart, Mary McGinnis, along with their newfound friend, Suresh Verma, as they seek for academic freedom at St. Robert Bellarmine College to express their new discoveries in science. Devout Catholics, Josh and Mary have cultivated a renewed trust in the traditions of their Church, since they now understand why the Church rejected Galileo s universe over four centuries ago.

Like everyone else in the world, they had grown up believing the Earth revolves around the sun; and this belief was no more to be questioned than the fact that gravity holds us to the ground. To their utter amazement, the three students discover that the very physics courses they are studying at the college, if given the most obvious and fitting scientific interpretation, show the Earth is motionless in the center of the universe.

They discover that this information is clearly stated in the scientific literature but has been systematically covered up as part of a worldwide conspiracy to keep the truth from coming out. With this new knowledge, these two idealists want to reveal the truth and change the world. They have just what the world needs a whole new and better perspective with which to view themselves and the God who created them.

They are full of vim and vigor, anxious to begin their new lives. But all is not well at the college. The three students face stern and often belligerent opposition from Professor Samuel Richenstein, the epitome of the reigning science establishment wedded to the Copernican Principle and the Big Bang theory, which claim the Earth is not in any special place and that it moves along with everything else in the universe.

The professor will stop at nothing to silence what he believes is little more than three academic vigilantes who are bent on resurrecting superstitious and discredited beliefs that have no scientific validity. Who will win this battle of ideas? Whose worldview will be victorious? Who has the right interpretation of the scientific data? Will this be a battle in which David is victorious over Goliath, or more like Noah preaching to a stubborn and wicked generation who will not change? As you read this story, you will laugh; you will cry; and you will even learn a little physics. But the outcome of it all will not be determined by Josh, Mary, Suresh, or professor Richenstein. It will be determined by you. Come and see why.”

And why is Leonardo Di Caprio talking Flat Earth with Pope Francis shortly after shill B.O.B. came out on Flat Earth that had Neil Disgrace Tyson reply the next night on Comedy Central, when no one gave a shit about Flat Earth, or even knew about it?

All Psyops, it’s all psyops.

One thought on “Is the Vatican Jesuits Going to Come Out and Claim They Were Right About Geocentrism?”