Science Find of the Year;, “Gravitrons”…Ha, Ha, Ha…No, There Really Serious This Time… 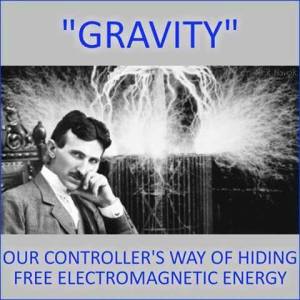 “It has been a great year for scientists associated with the Laser Interferometer Gravitational-Wave Observatory (LIGO). In February, and then again in June, researchers at LIGO — which consists of two detectors, one each in Hanford, Washington, and Livingston, Louisiana — announced that they had discovered gravitational waves created by two black holes colliding 1.3 billion light-years from Earth”.

So they finally found gravity, called ‘Gravitron’s’ using tiny RF, and light beams sent quadTRILLIONS of miles out and back…and detected readings so small, a lot gets lost in translation…..but yea, team, they found the smoking gun, finally of Einstiens theory…who’s Big Bang Theory was written by Father Gorge Lamaitre, a Belguim Jesuit Priest who attended M.I.T. in the early 1900’s. hmmmm. They just make this shit up.

Currently, all we know about the cosmos is what we have gathered from electromagnetic radiation such as radio waves, visible light, infrared light, X-rays and gamma rays. As a result, a lot of information remains hidden because such waves get scattered as they traverse space-time, and because the universe, in its infancy, was opaque to electromagnetic radiation

Since then, the LIGO collaboration has earned several accolades, including a $3 million award given to its researchers by the Breakthrough Prize Foundation, the journal Nature naming LIGO spokeswoman Gabriela Gonzalez to its list of “10 people who mattered this year,” and the magazine Physics World — published by the London-based Institute of Physics — naming  the gravitational wave discovery the “Breakthrough of the Year.“

Now, the significance of the discovery has been acknowledged once again — this time by the journal Science, which also named the discovery the “Breakthrough of the Year.”

“The achievement fulfilled a 100-year-old prediction, opened up a potential new branch of astronomy, and was a stunning technological accomplishment,” the journal said in a statement.

As Albert Einstein demonstrated in his theory of general relativity, the gravity of massive bodies warps the fabric of space and time—and those bodies move along paths determined by this geometry. His theory also predicted the existence of gravitational waves, which are ripples in space and time

“With this discovery, we humans are embarking on a marvelous new quest: the quest to explore the warped side of the universe—objects and phenomena that are made from warped space-time,” Caltech theoretical physicist Kip Throne said in a statement released by the LIGO collaboration in February. “Colliding black holes and gravitational waves are our first beautiful examples.”

The discovery of gravitational waves opens up an entirely new way to look at the universe — one that could, in theory, allow us to see farther back in time than is currently possible.

Currently, all we know about the cosmos is what we have gathered from electromagnetic radiation such as radio waves, visible light, infrared light, X-rays and gamma rays. As a result, a lot of information remains hidden because such waves get scattered as they traverse space-time, and because the universe, in its infancy, was opaque to electromagnetic radiation.

With enough gravitational wave detectors, scientists would be able to study objects and phenomena that would otherwise remain hidden from view, providing us with a “gravitational map” of the known universe.

“Physicists are eagerly anticipating what may come next, because gravitational waves promise an entirely new way to peer into the cosmos,” Science magazine writer Adrian Cho wrote. “First, physicists hope to spot many more events. LIGO already has detected a second black hole merger and a third, weaker signal. The interferometers resumed taking data last month, and if they can reach their design sensitivity, they may eventually see a black hole merger on average once a day.”

And soon enough, LIGO’s two detectors will not be the only gravitational wave detectors in the world. Another one named Virgo, in Italy, is likely to be switched on sometime next year. Researchers from the European Space Agency have also demonstrated the technology needed to build a space-based detector that would hunt for gravitational waves far removed from any ground-based interference.

One thought on “Science Find of the Year;, “Gravitrons”…Ha, Ha, Ha…No, There Really Serious This Time…”