The North Star Does Not Move… Case Closed: The Earth Is Still 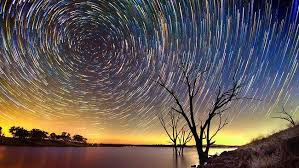 The North Star Does Not Move… Case Closed: The Earth Is Still

I’ve mentioned this fact before on this blog, and I will probably mention it again, but the North Star has never moved from it’s position relative to the Earth in the history of mankind, and it never will. It is always in the same spot in our sky from our perspective here on Earth.

This fact alone, forgetting the massive number of other proofs and pieces of evidence, is a “case closed” observation: the Earth does not spin on an axis… it does not orbit around a Sun that is in “outer space”… our so-called “solar system” is not hurtling through “space” and orbiting around some other body, and the North Star (as well as every other star) is itself not hurtling through space and itself orbiting around something else.

Here’s a diagram of the official explanation. If you just imagine the Earth moving around the Sun, with the tilt of the axis always being the same, then it makes no sense that the North Star would always be in the same place relative to the Earth’s axis…

The implications of this are staggering. It means that we have been lied to on a massive scale by “science,” by governments, by space agencies, and in general by any group that uses this lie for its dark agenda.

5 thoughts on “The North Star Does Not Move… Case Closed: The Earth Is Still”