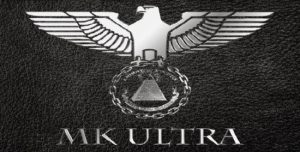 Near the end of WWII, the Nazi’s realized that they were in trouble. They were losing the war and desperately needed to turn the tide in their favor. In the late 1930’s they recalled thousands of doctors, engineers, researchers and others from the front line who could help invent new weapons to win the war for Germany. However, by about 1938 it was pretty apparent that the Germans were not going to win the war and by then they had all of their top scientists working together in one place. The top US spies relayed this info to US intelligence and a secret plan was formulated.

Amidst the subtle cerebral circumvention of the gullible populace, through a multitude of manipulated mediums, lies one of the most diabolical atrocities perpetrated upon a segment of the human race; a form of systematic mind control which has permeated every aspect of society for almost fifty years.

To objectively ascertain the following, one may need to re-examine preconceived ideologies relating to the dualistic nature of mankind. Resolving the philosophical question of whether we are inherently good or inherently evil is tantamount in shaping our perception of reality; specifically, the spiritual variable within the equation of life.

A word of caution for survivors of intensively systematic mind control and/or some form of ritualized abuse: There are numerous “triggers” in this article. It is therefore recommended not to read it unless appropriate support systems are in place or if you have a thoroughly reintegrated personality.

The Anglo AllianceBy the 19th century, Great Britain and Germany were recognized as the primary geographic areas of Illuminati control. It then should be of little surprise to know the first work in Behavioral Science research was established in England in 1882, while much of the early medical and psychiatric techniques involved in mind control were pioneered at the Kaiser Wilhelm Institute in Germany.

The Tavistock Institute of Human Relations was set up in London in 1921 to study the “breaking point” of humans. Kurt Lewin, a German psychologist, became the director of the Tavistock Institute in 1932, about the same time Nazi Germany was increasing its research into neuropsychology, parapsychology and multi-generational occultism.

Interestingly, a progressive exchange of scientific ideas was taking place between England and Germany, most notably in the field of eugenics: the movement devoted to “improving” the human species through the control of hereditary factors in mating. The nefariously enigmatic union between the two countries was bonded, partly through the Order of the Golden Dawn, a secret society which consisted of many high ranking officials in the Nazi party and British aristocracy.

Top SS Nazi officer Heinrich Himmler, was in charge of a scientific project called Lebersborn, which included selective breeding and adoption of children, a peculiarly large number of twins among them. The purpose of the program was to create a super-race (Aryans) who would have total allegiance to the cause of the Third Reich (New World Order).

Much of the preliminary experimentation concerning genetic engineering and behavior modification was conducted by Dr. Josef Mengele at Auschwitz, where he coldly analyzed the effects of trauma-bonding, eye-coloring and “twinning” upon his victims. Besides the insidious surgical experimentation performed at the concentration camp, some of the children were subjected to massive amounts of electroshock.

Sadly, many of them did not survive the brutality. Concurrently, “brain-washing” was carried out on inmates at Dachau, who were placed under hypnosis and given the hallucinogenic drug mescaline. During the war, parallel behavioral research was led by Dr. George Estabrooks of Colgate University. His involvement with the Army, CID, FBI and other agencies remains shrouded in secrecy. However, Estabrooks would occasionally “slip” and discuss his work involving the creation of hypo-programmed couriers and hypnotically-induced split personalities.

After WWII, the U.S. Department of Defense secretly imported many of the top German Nazi and Italian Fascist scientists and spies into the United States via South America and the Vatican. The code name for this operation was Project PAPERCLIP. One of the more prominent finds for the U.S. was German General Reinhard Gehlen.

One thought on “Operation Paperclip Was Heavily Involved In OSS-CIA MKULTRA Programs, Not Space!”