ISS Space Station Cannot Ever Be Seen Unless You Can Always See It!

“You may choose to look the other way, but you can never say again that you did not know.”  – William Wilberforce

ISS in “Fixed” Position above Earth

According to NASA, the ISS space station is in a “Geostationary Orbit” with the Earth.

The US Orbital Segment (USOS) makes use of two separate radio links mounted in the Z1 truss structure: the S band (used for audio) and Ku band (used for audio, video and data) systems. These transmissions are routed via the United States Tracking and Data Relay Satellite System (TDRSS) in geostationary orbit, which allows for almost continuous real-time communications with NASA’s Mission Control Center (MCC-H) in Houston.

A geostationary orbit (GEO) is a circular geosynchronous orbit in the plane of the Earth’s equator with a radius of approximately 42,164 km (26,199 mi) (measured from the center of the Earth). A satellite in such an orbit is at an altitude of approximately 35,786 km (22,236 mi) above mean sea level. It maintains the same position relative to the Earth’s surface!

ISS Is Synchronized with Earth!!!

This means that the ISS space station cannot be seen unless you are directly underneath or near side to it due to the exact same SYNCHRONIZED speed at 17,500 mph to mirror the alleged Earth’s Rotation of 1,000 mph below.

……or NEVER EVER see it because it is perfectly synchronized orbit with Earth and always in the same location above and you are not underneath it.

A geostationary orbit, geostationary Earth orbit or geosynchronous equatorial orbit[1] (GEO) is a circular orbit 35,786 kilometres (22,236 mi) above the Earth’s equator and following the direction of the Earth’s rotation.[2] An object in such an orbit has an orbital period equal to the Earth’s rotational period (one sidereal day), and thus appears motionless, at a fixed position in the sky, to ground observers. Communications satellites and weather satellites are often placed in geostationary orbits, so that the satellite antennas (located on earth) which communicate with them do not have to rotate to track them, but can be pointed permanently at the position in the sky where the satellites are located. Using this characteristic, ocean color satellites with visible and near-infrared light sensors (e.g. the Geostationary Ocean Color Imager (GOCI)) can also be operated in geostationary orbit in order to monitor sensitive changes of ocean environments.

Radar-trackable objects including debris, with distinct ring of geostationary satellites

And how does the ISS and some 20,000 alleged satellites avoid space debris while traveling continuously at @ 17,500 mph orbiting in space without hitting…and destroying a satellite…or a space walker…or a solar panel or two? 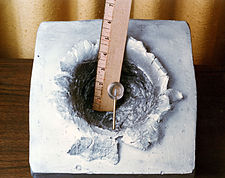 13 thoughts on “ISS Space Station Cannot Ever Be Seen Unless You Can Always See It!”