The Manufactured Invention of the Beatles, Stones, Grateful Dead and the Birth of Rock n’ Roll by the Tavistock Institute; A Jesuit Corporation

“The fact that “The Beatles” had their music and lyrics written for them by Theo Adorno was concealed from public view.” John Coleman, former MI6 agent.

Stones Logo: Sticking your tongue out against the Establishment

“The Rolling Stones were mastered by a Order of Malta member by the name of Prince Rupert Loewenstein who sponsored the ‘Sympathy for the Devil‘ track back in 1968. This Prince was also a member of the very powerful Sacred Military Constantinian Order of St George which is close in power to the Equestrian Order of the Holy Sepulchre of Jerusalem, both being higher than the Order of Malta. (The Order of Malta, SMOM, is the military arm of the Vatican here) 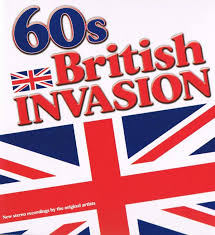 It was called the “British Invasion” .  The 60’s began a time of “question authority”, grow your hair long, hippies and flower power and morphed in with the Anti War gang of “hell no we won’t go!”

All by design, all by planning to mind control and manipulate what the Baby Boomer (Doomer) generation thought, the language and slang used and the behavior control of the masses.

Yes, it is interesting to note that the Tavistock Institute of Human Relation, as well as, it’s child organization: The Stanford Research Institute, developed The Grateful Dead, among other things.
You can see that Alan Trist, a social engineer for the Tavistock Institute, became the shadow manager of the Dead. His father, Eric Trist, was one of the principle founding members of Tavistock.

Rebellion against society, let your hair grow…turn on, tune out, as millions of tabs of LSD appeared into the hippie scene from CIA laboratories and promotion provided by Harvard CIA asset, Timothy Leary and distribution aided by the likes of the Grateful Dead. (source)

The men buried in the think tanks and research institutions, whose names and faces are still not known to but a few people, made sure that the press played its part. Conversely, the media’s important role in not exposing the power behind the future cultural shocks made certain that the source of the crisis was never identified.

Thus was our society driven mad through psychological shocks and stress. “Driven mad” is taken from Tavistock’s training manual. From its modest beginnings in 1921, Tavistock was ready in 1966 to launch a major irreversible cultural revolution in America, which has not yet ended. The Aquarian Conspiracy is part of it.

The Beatles (good, bad boys) and the Stones (sympathy for the Devil) were two sides of a same coin that was minted by the Tavistock Institute to introduce a new generation to a new language and a new cultural upbringing around alleged freedoms to thing for yourself and liberties to take drugs and become counter-culture.

….and it was all manufactured.  The lyrics form the Beatles, the covers for the Rolling Stones albums, their managers (or handlers) were all derived from the Tavistock Institute as is their name  is for the control of “Human Behavior”

The Tavistock Institute was founded in London in 1946 with the aid of a grant from the Rockefeller Foundation. [1] It is a not-for-profit think tank, policy and consulting organization. It publishes “Human Relations and host Evaluation: The International Journal of Theory, Research and Practice, a scholarly journal. According to their website, they assist organizations.

Three elements combine to make the Institute unusual, if not unique: it has the independence of being entirely self-financing, with no subsidies from the government or other sources; the action research orientation places it between, but not in, the worlds of academia and consultancy; and its range of disciplines include anthropology, economics, organizational behavior, political science, psychoanalysis, psychology and sociology.

Tavistock Institute is headquartered in London. Its prophet, Sigmond Freud, settled in Maresfield Gardens when he moved to England. He was given a mansion by Princess Bonaparte. Tavistock’s pioneer work in behavioral science along Freudian lines of “controlling” humans established it as the world center of foundation ideology. (source)

Today the Tavistock Institute operates a $6 Billion a year network of Foundations in the U.S., all of it funded by U.S. taxpayers’ money. Ten major institutions are under its direct control, with 400 subsidiaries, and 3000 other study groups and think tanks which originate many types of programs to increase the control of the World Order over the American people.

The Stanford Research Institute, adjoining the Hoover Institution, is a $150 million a year operation with 3300 employees. It carries on program surveillance for Bechtel, Kaiser, and 400 other companies, and extensive intelligence operations for the CIA. It is the largest institution on the West Coast promoting mind control and the behavioral sciences.

And they have controlled and manipulated what we think, what music we hear and what cultural identities the past several generations have identified with.

The introduction of four “mop-top” dudes with incredible talent from a town in Liverpool England to continue to influence generations even today was a scientifically planned, well executed agenda to steer the youth of the 70’s to a counter-culture they could identify with by giving teenagers the false choice and influence their culture through music.

END_OF_DOCUMENT_TOKEN_TO_BE_REPLACED

One thought on “The Manufactured Invention of the Beatles, Stones, Grateful Dead and the Birth of Rock n’ Roll by the Tavistock Institute; A Jesuit Corporation”