4/33 How Does the Moon’s Gravity Move our Oceans?

How Does the Moon’s Gravity Move our Oceans? 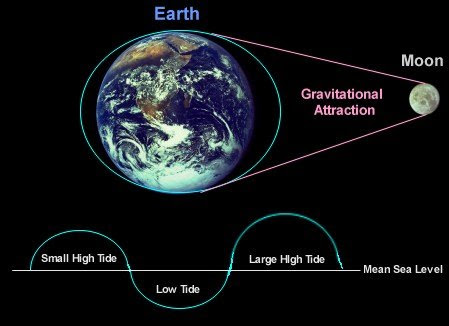 The moon was formed ~4.5 billion years ago, about 30–50 million years after the origin of the Solar System, out of debris thrown into orbit by a massive collision between a smaller proto-Earth and another planetoid, about the size of Mars.

Initially the Moon spun much faster, but because it is not perfectly spherical and bulges out slightly at its equator, the orbit slowed down and eventually became tidally locked — keeping the same face toward the Earth. Bulges along the Earth-Moon line caused a torque, slowing the Moon spin, much the same way a figure skater gradually opens to decelerate a spin.

When the Moon’s spin slowed enough to match its orbital rate, the bulge was in line with Earth, which is why we always see the same side of the Moon. In our solar system, almost all moons spin at the same rate as they orbit. The Earth would be a very different place if the moon did not exist. Not only did the Earth slow down the Moon’s rotation, but the Moon is slowing down the rotation rate of the Earth.

Since the moon’s formation, the Earth has been slowing its rotation due to the friction of the tides caused by the moon, and in reaction to this exchange of energy, the moon has been moving farther away from the Earth. In fact, at the time of the moon’s formation the Earth rotated much faster than it does today; a day on early Earth was only a few hours long. But the Moon, being small in relation to Earth, will take more than twice the age of the solar system to slow Earth’s spin rate to the Moon’s orbital rate. 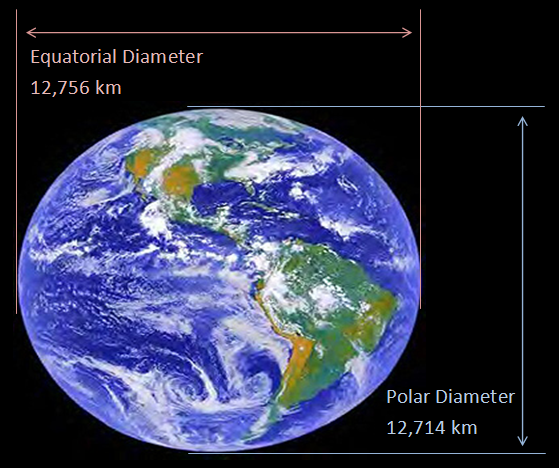 The Moon has 1/6 the gravitational pull of the Earth, yet it moves our oceans up and down, twice each day and actually changes the shape of a mass 4X greater than itself from 238,000 miles away.

This is achieved despite the greater Earth’s pull and the even greater gravitational pull by the Sun some 93million miles away that locks in both the Earth and Moon in his orbit.

However, the Moon’s gravity is so great it able to over power the Sun and Earth, through our stratospheres, tropospheres, ionospheres, and magnetosphere that surround Earth and move the oceans.

The moons pull is so consistent that we can set our tidal tables almost up to the second.

Yet the tidal pulls are not the same everywhere. Some areas have tidal changes of dozens of feet and only a short distance away tidal change is as little as foot or two.

Curiously, the Moon’s gravity cannot be measured on all lakes, rivers, ponds and streams. The reason given – “size matters”.

“Indeed, tides exist in all bodies of water, even one’s bathtub, but is so infinitesmally small, as to be unmeasurable. Even on Lake Superior, the largest of the Great Lakes of North America, the tiny effect of a tide is overcome by the effect of barometric pressure and the phenomenon known as a seiche. There are no Tide Tables of the Great Lakes and seiche warnings are rarely broadcast, as most cause a variance of less than 50 cm. The effects of a seiche may be felt strongest in the Straits of Mackinac between Lakes Huron and Michigan.”