200 Proofs Earth in NOT a Spinning Ball

This should greatly assist those seeking veracity and confirmation we’ve been lied to on a massive scale for the past 500 years as to the heliocentric round ball earth theory vs. geocentric flat stationary earth theory.

200 Proofs Earth is NOT a Spinning Ball

200 Proofs Earth is Not a Spinning Ball! PDF

This 35 page ebook full of photographs and diagrams is the perfect tool to help spark conversation and awaken your friends and family to the mother of all conspiracies.  Please make copies, print, distribute, re-upload and do everything you can to get this most important information out to the masses!

1) The horizon always appears perfectly flat 360 degrees around the observer regardless of altitude. All amateur balloon, rocket, plane and drone footage show a completely flat horizon over 20+ miles high. Only NASA and other government “space agencies” show curvature in their fake CGI photos/videos. 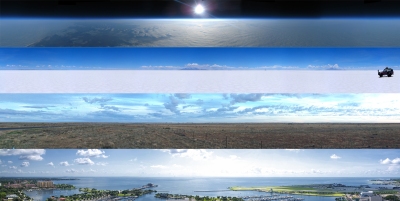 2) The horizon always rises to the eye level of the observer as altitude is gained, so you never have to look down to see it. If Earth were in fact a globe, no matter how large, as you ascended the horizon would stay fixed and the observer / camera would have to tilt looking down further and further to see it. 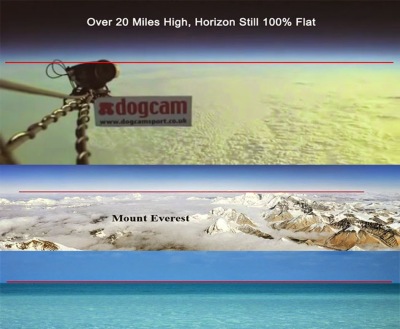 3) The natural physics of water is to find and maintain its level. If Earth were a giant sphere tilted, wobbling and hurdling through infinite space then truly flat, consistently level surfaces would not exist here. But since Earth is in fact an extended flat plane, this fundamental physical property of fluids finding and remaining level is consistent with experience and common sense.

4) Rivers run down to sea-level finding the easiest course, North, South, East, West and all other intermediary directions over the Earth at the same time. If Earth were truly a spinning ball then many of these rivers would be impossibly flowing uphill, for example the Mississippi in its 3000 miles would have to ascend 11 miles before reaching the Gulf of Mexico.

5) One portion of the Nile River flows for a thousand miles with a fall of only one foot. Parts of the West African Congo, according to the supposed inclination and movement of the ball-Earth, would be sometimes running uphill and sometimes down. This would also be the case for the Parana, Paraguay and other long rivers.

6) If Earth were a ball 25,000 miles in circumference as NASA and modern astronomy claim, spherical trigonometry dictates the surface of all standing water must curve downward an easily measurable 8 inches per mile multiplied by the square of the distance. This means along a 6 mile channel of standing water, the Earth would dip 6 feet on either end from the central peak. Every time such experiments have been conducted, however, standing water has proven to be perfectly level.

Please support Mr. Dubay and buy his book, and one for an open minded friend.